8 years ago
Mid West Cat Shelter
Hot Off The Press!

CORAL’S STORY
“I LOST MY BABIES”

When MWCS rescued Coral she was riddled with worms and so skinny you could see every bone on her tiny body. Before MWCS met Coral she was heavily pregnant. Unfortunately she was so malnourished that she soon miscarried the litter of kittens she was carrying. 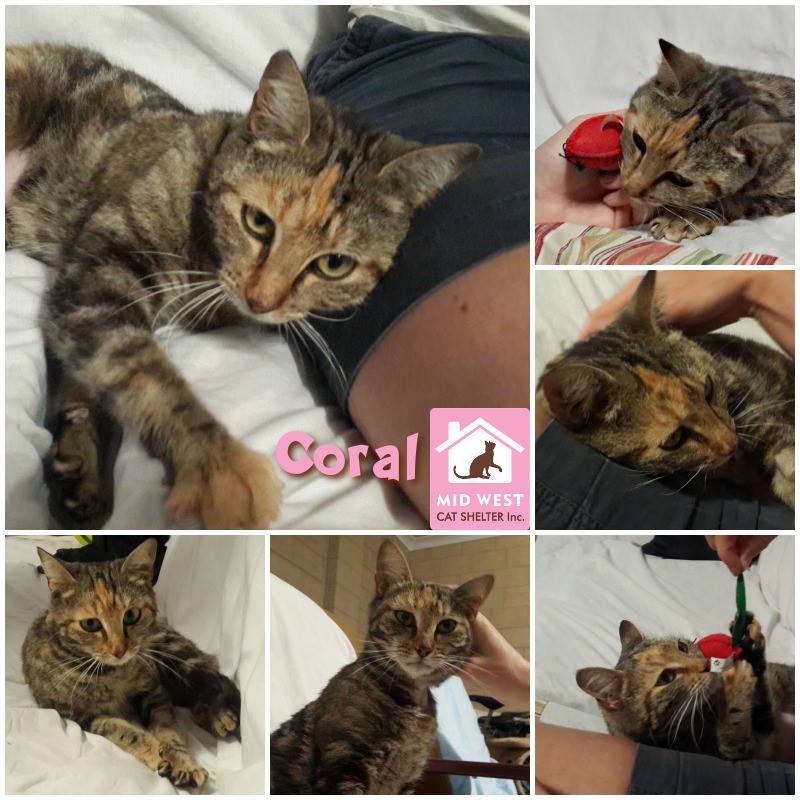 Coral’s first few weeks in foster care were very quiet and sad. She would only leave her bed to snuggle on her foster carer’s lap, gripping tightly to her foster carer’s arms. Coral never wanted to roam the house and was not interested in playing. Her foster carers were worried and tried introducing her to other cats unsuccessfully.

Things only improved slightly for Coral, and she was soon grumpy with the other adult cats.

However a new addition to the foster family changed everything! ….

Ana and her litter mates were found alone and hungry, only one week old! They were so tiny they could easily fit in the palm of your hand. The kittens were monitored closely to see if mum would return, but she never did. 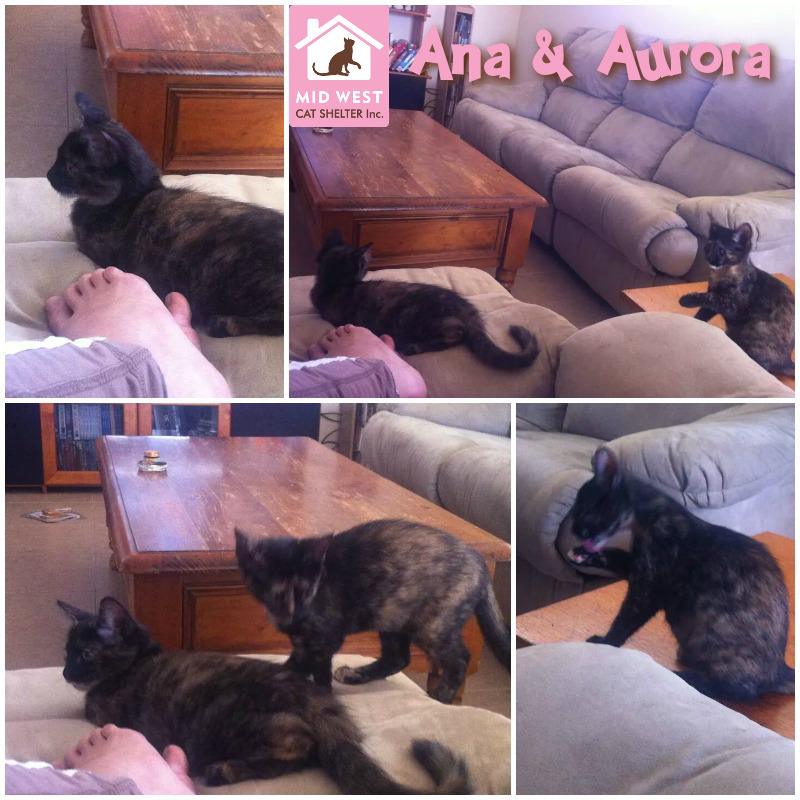 Our local Rangers were worried for the kittens’ welfare and called MWCS in to help. A dedicated foster carer spent many hours hand-raising the kittens, tending to their every need just like their mum would have done.

At 8 weeks old the kittens were socialized with a new foster carer. It was here that her carer’s realized Ana was showing signs of the behavioural problem ‘pica’. Pica is a potentially dangerous condition that causes the kitten to chew and eat foreign objects like wool. It is most common in hand raised kittens, and can be reduced by socializing with adult cats.

Ana still had the company of her sister and one adult cat, but Ana’s condition didn’t seem to be improving. Her foster carer was worried.

But then Coral joined the foster family…

Coral and Ana are never far from each other. Ana seeks out Coral whenever she can, spending more time with Coral than her own sister! 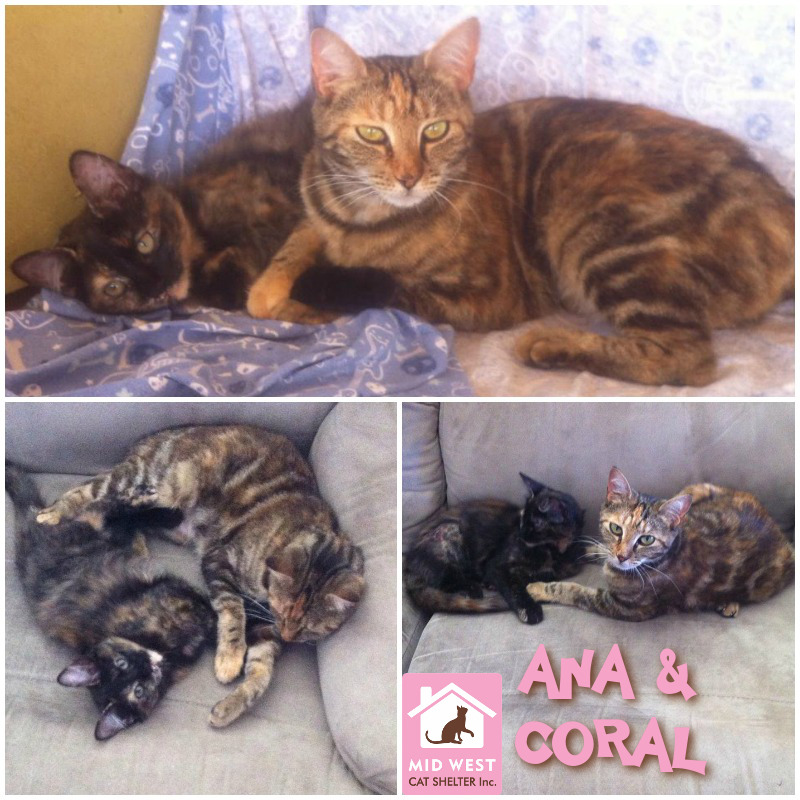 Coral and Ana are often found snuggled together, or grooming each other. Ana’s pica problem has now resolved and Corals lonely days are a thing of the past!!

These two have developed a strong bond in foster care and MWCS would love to see them find a forever home together.

Two broken hearts mended by each other, patiently waiting for their forever home. If you are interested in adopting Coral and Ana, they will be available for a bonded-pair discounted price of $250. Please call 0487 193 244 to speak with our coordinator about adopting these two wonderful girls today!